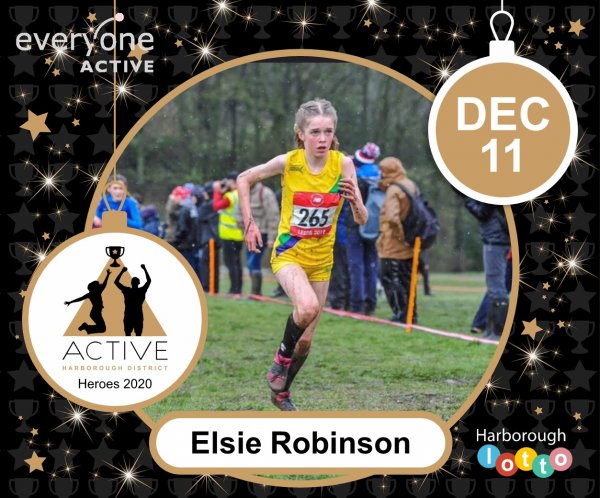 Elsie is a Lutterworth High student who is a standout runner - on the track and at cross country. She has earned an England Cross Country Vest in 2020 and has been County Champion in the 800 and 1500m, as well as being Midlands Champion at the 1.5k and 3k events.

This piece from her nomination sums up her determination:

"Her road to being awarded her vest was met with many obstacles making the achievement even more satisfying. In 2019 she was in great form lining up for the English school's Cross-country Race and hoping to qualify to compete for England. She had a great start but unfortunately, she fell about a third of the way into the race and this made it impossible to get back into contention although she did really try. Her next opportunity for her vest would be on the track in the English schools' finals 2019, but a few days before she came down with an illness. She managed to race and make the final but was out of sorts to really compete. So, this time round at the 2020 English schools X country championships, despite being bottom age she really wanted it and managed to earn her England Vest!!"