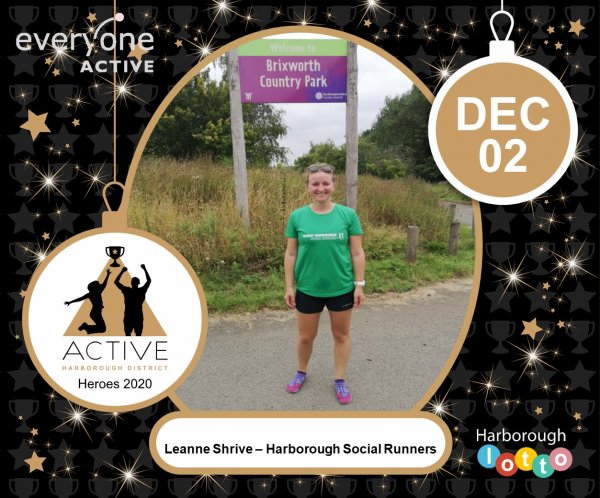 Leanne was one of the founder members of the Facebook Group Harborough Social Runners. Initially set up to help people with longer distance training runs to find some running company, it became much more than that during lockdown.

From different social run groups being organised when restrictions allowed to virtual challenges when meeting up was banned. It's fair to say that the group has helped a fair few people keep active whilst parkrun has been on hold.

Leanne has worked hard with her friends to keep everyone engaged and keep spirits up during a most difficult time.

Check out Harborough Social Runners and Leanne's own blog